The Rotary Club of Clearwater was organized in 1924 by a group of 10 Clearwater businessmen. The club, whose membership now is approximately 100, was officially chartered by Rotary International on January 2, 1925 as the 1875th club worldwide; the first club president was Mr. Taver Bayly. There are now approximately 25,000 clubs in the Rotary world.

Any new club in Rotary must be sponsored by an existing club. Our club was sponsored by the Rotary Club of St. Petersburg. We, in turn, have sponsored clubs in Tarpon Springs, Dunedin, Largo, and Belleair plus three additional Clearwater clubs.

The Rotary Club of Clearwater is the oldest service club in Clearwater and one of the largest in all of Pinellas County. Through the years, we have undertaken numerous service projects – the first being the landscaping of what was then the “new” causeway linking Clearwater and Clearwater Beach in the 1920’s. Many of our projects left a lasting mark on our community such as the donation of the first mobile blood unit to the Hunter Blood Center. We were the first service club to make a major donation to the Performing Arts Center. Our Rotary Swim Meet was second in size only to the state championship meet. And we have reached beyond our city boundaries and those of the United States to have a hand in inoculating whole countries against polio through the Rotary Polio Plus program.

We are proud of the people who make up our club. Many of our members have been recognized with the prestigious Bilgore Award and the Mr. Clearwater designation by the Greater Clearwater Chamber of Commerce. We have provided the District with three district governors over the years. One of our members, Herbert G. Brown, served on the 14-member board of directors of Rotary International and later become international president of Rotary in 1995-96. Our club was the first in the district to have a woman member – Mrs. Dee Eckert – who was, at the time, the executive secretary of our club. 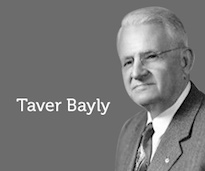 Learn more about Taver Bayly, the first president of the Rotary Club of Clearwater. 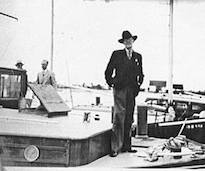 In 1937, The Rotary International Founder, Paul Harris visited the Rotary of Clearwater. 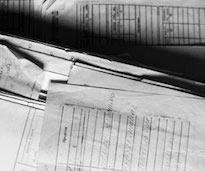 Learn when the first noon luncheon was and who the first club officers and members were. 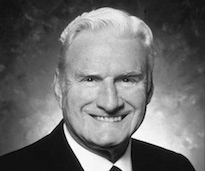 Join the Rotary Club of Clearwater