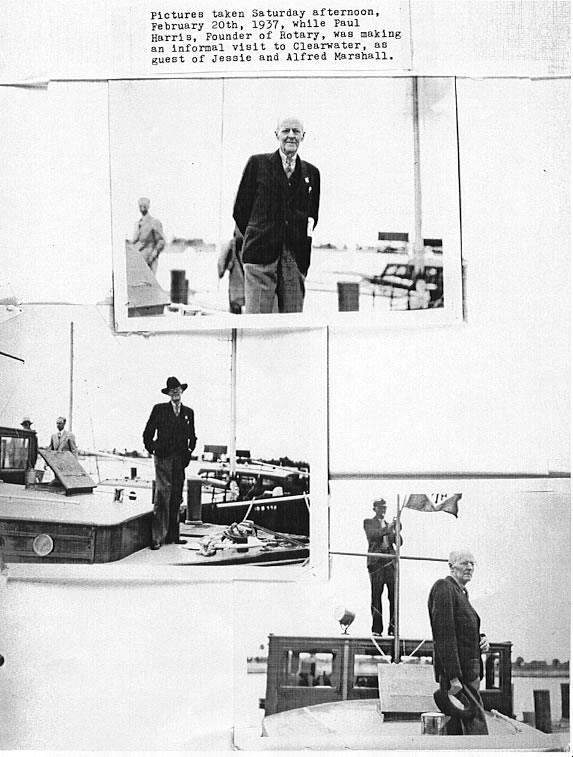 Paul Harris is the founder of Rotary, later to become Rotary International. He founded Rotary in 1905. In 1937, Paul visited Clearwater as a guest of Jessie and Alfred Marshall. The boat he is pictured in belonged to Rotarian Fred James and the photos were taken at the old Clearwater Yacht Club which was located on Mandalay Avenue (where the new pool is now) across the street from the present fire station.

This photograph is the only known picture of Paul Harris’ visit. The image below is a reproduction of a single composite negative provided by Dave Perkins, and digitized by Steve Carlisle.

The caption at the top of the image reads:

“Pictures taken Saturday afternoon, February 20th, 1937, while Paul Harris, founder of Rotary, was making an informal visit to Clearwater as guest of Jessie and Alfred Marshall.”